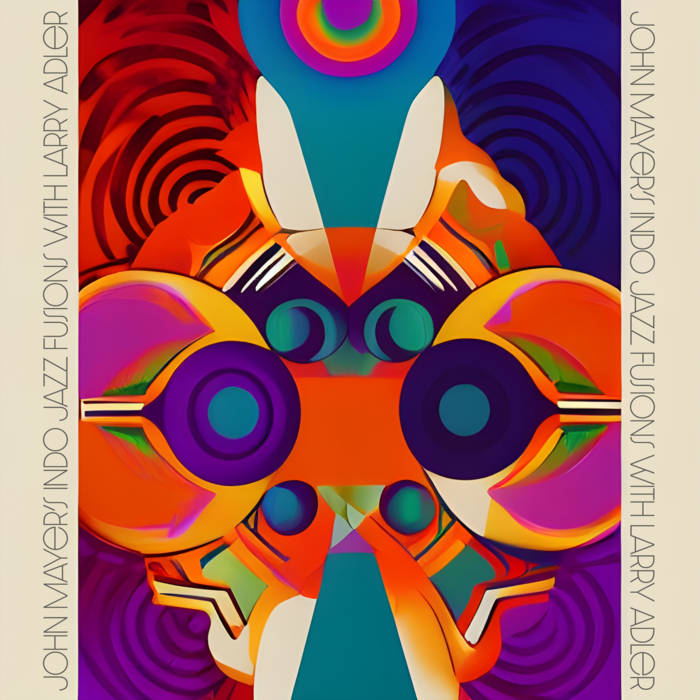 This is one of those occasions when we ‘labellers of music’ get stuck in our own glue. Consider the complication: A group called Indo Jazz Fusions containing Indian and British musicians, an American-born guest, and the result, a uniquely beautiful music which is patently not quite Indian, not quite jazz, not quite contemporary-American. I think the most accurate thing you can say is that it can only be played the way it is by men in contact with the jazz tradition.

The group is led, and all the compositions save one were written, by John Mayer. Born in Calcutta, trained first in Indian music, then in classical European music, he came to England about twenty years ago to pursue an orchestral career as a violinist. More recently he has devoted his time entirely to composition and to his Indo Jazz Fusions unit, an idea dating from four or five years ago. As a group it’s been through a number of changes so that now it’s a very fiery, jazzy unit indeed, which doesn’t mean that it’s no longer Indian, as can be heard in the first piece - Raga Malika, based on the rules of the classical Indian raga, a set scale of notes - a kit of parts almost - from which all the resulting solos are built. The rhythm in that case, twelve beats. Not to a bar so much as twelve beats in a recurring cycle.

In Serenade you’ll notice the pastoral nature of the sound of Larry Adler’s harmonica against Stan Sulzmann’s flute. In John Mayer’s composition Romance, from which guitar, sitar and tabla are absent, it reaches a degree of intensity seldom heard outside the music of Vaughan Williams, and the piece has one of the most sinuous, unpredictable melodies I’ve ever heard.

Larry Adler is the first man as far as I know to have made the harmonica a concert instrument, a feat he achieved in the 1930s, and it’s from the late Thirties that George Gershwin’s Summertime comes. It’s the first time that John Mayer has ever arranged a standard number for this group, and the results are very beautiful indeed.

Sarabande by John Mayer is a little more Indian in flavour, though it has a familiar title. In this, John Mayer himself plays violin.

The final piece is a return to the raga form, in this case built on a rhythm of eighteen beats. Among the things you’ll hear is a kind of duetting between Jim Moyes on guitar and Clem Alford on sitar. A technique known as the Raga Mehga.

I think that Britain is the only place where so many elements could be brought together so successfully.

Special thanks to: The estate of John Mayer.